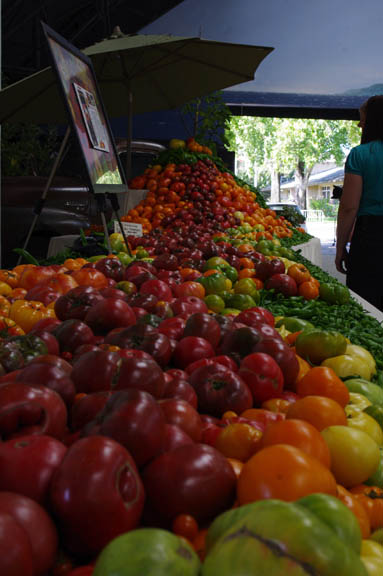 Another year is coming to an end. The seed catalogs are rolling in and as I sit there and drool over them I come across new, exciting varieties that I just have to try.

There’s a part of my brain that’s screaming at the rest of it saying “Don’t try to fix what isn’t broken!!!” Year after year I always post about things I’ve learned and one of those recurring things is to just stick with the varieties I know work for our area. Don’t risk losing productivity because I’m feeling adventurous. But really, what fun is that?

There are some things I’m set on not changing. The Oranglo watermelon and Bidwell Casaba have been very kind to me, unlike most other watermelon and melon varieties so those are here to stay for the long haul. Catskill Brussels Sprouts will probably also be sticking around just because there seem to be so few varieties of heirloom sprouts and these do the best.

I always say not to mess around with our corn selection. We grow Bloody Butcher corn, which has served us well. It gets HUGE and gives us multiple, relatively long ears on each stalk. The corn can be used fresh or you let it mature into a dent corn. After a failed attempt at saving seed from it and coming to the realization that we just don’t have enough space here to save corn seed to avoid inbreeding depression I’ve decided to expand my corn-growing horizons to include a flour corn, sweet corn and a popcorn.

Unfortunately there’s no fast way to determine what varieties you should grow for all vegetables. Your best bet in developing your list of varieties is to find varieties that were developed in areas that have a similar climate as where you live. For instance, Italian varieties will probably do best in coastal California where we have the same basic climate. Russian varieties might serve you well if you live in colder areas. If you have a short season choose varieties that mature quickly. This of course, can take some research to figure out. For cool season crops you’ll want to make sure they have enough time to develop before warm weather hits. For warm season crops you want to give them time before the frosts come. Seed packets and catalogs have a number, usually next to the name or after the description, that denote the average number of days to maturity.

Onions are much more specific than most other vegetables on where they can grow based on their latitude, rather than season length. Varieties will either be long day, short day or intermediate. If you live north of the 35 deg latitude (draw a line from San Francisco to Washington DC to approximate) you’ll want to grow long day onions. South of that grow short day onions. If you’re just on either side of that latitude you can grow intermediate onions. I’ve also had good luck with long day onions here on the 35th parallel.

Besides climate you’ll also want to look at the size, yield, and disease resistance of varieties. If late blight is a problem in your area choose varieties that have some resistance to it. If you have a small garden, choose compact varieties or high yielding varieties to make the most of your garden.

Or you can do what I like to do and just pick a bunch of varieties to try and see which ones do best.