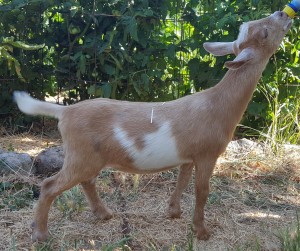 I was originally going to get a Castle Rock Light My Fire doeling but when people started backing out of kids from Vortex, Sarah was nice enough to let me choose between them. There were two does available from both, which made the decision tough as they were all very nice. I was leaning towards Vortex because I was drawn to her since she was born. She’s also maternal sisters with the 2016 ADGA National Champion by SG Cleveland Sage +*B *S who was a 2015 Elite Sire (his sire is the sire of the National Champion).

When picking between 4, this little girl was the shyest of the group, kind of hanging back from the rest. I was going back and forth between two others when I finally picked her up to see what she was like. Immediately I noticed she had very dairy skin, and the most width between her ribs. She was much more feminine without being frail and had a long level top line and a nice wide rump. While she didn’t have the most width between her hocks of the four (though wider than her twin sister) she did have an exceptionally higher escutcheon than the rest of the group. 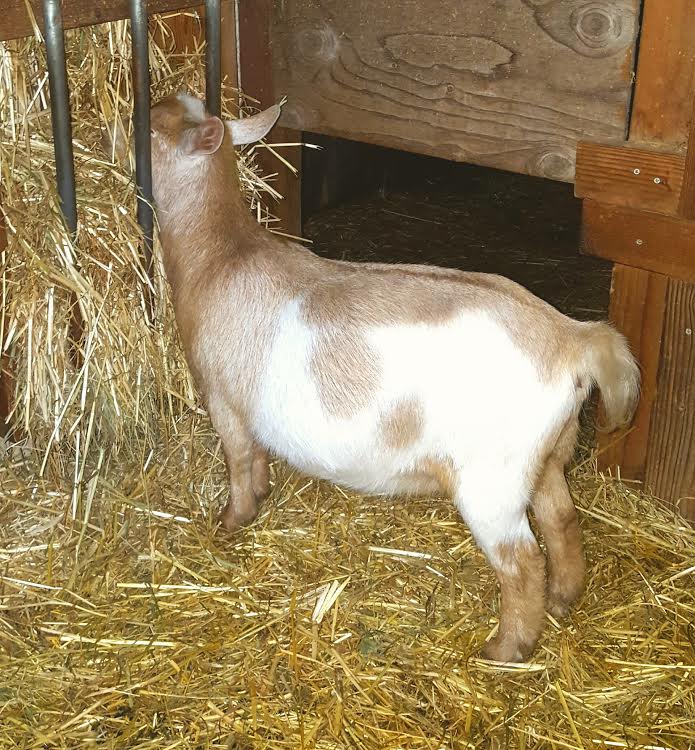 Once I brought her home she really came out of her shell compared to when we were still at Castle Rock Farm. She’s very gregarious and runs up to everyone for some love. She has this adorable little bleat while constantly talking to you.

Watching her mature she is showing tremendous depth of body and body capacity. I’m looking forward to seeing her first freshening udder.

We’re so excited to see that her dam finished her permanent championship as a first freshening 2 year old.