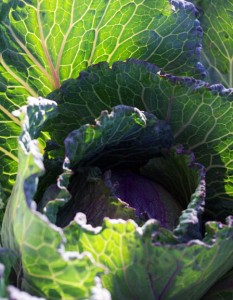 I can’t believe it’s already time to start the fall crops. It seems like it was just New Year’s last week. I haven’t even harvested all my long season cabbage yet either!

I’ve never been successful at growing Brussels sprouts. They would grow fast at first but then as the season wore on they would slow down. The sprouts started out well but before they got to a decent size they would get leafy and then covered in aphids. After talking with some friends that grow Brussels sprouts successfully I realized that our early September planting date was much too late.

This year I’ve decided to push all of my fall crops up into July to see if that helps give us better luck with Brussels sprouts. I also want to push up the cabbage, cauliflower, broccoli, parsnips and carrots to this month as well.

The main reason for me to push up all those other crops is so we have a larger harvest in the late fall and early winter rather than having to wait until late winter, spring and sometimes summer (in the case of the late season cabbage) to harvest. In addition I’m planning on getting better a succession planting – something I’ve always known I should do but never actually did. I’ll also be planting early, mid and late season varieties of the Brassica crops to extend those harvests as well.

My friend, Brandy, and I sat down and worked out a planting calendar for the upcoming season and beyond. If you’re interested in our planting calendar you can check it out here. Just remember that we’re in USDA Zone 9b and Sunset Zone 17. Also, the calendar is loosely based on moon phases for most of the schedule and is for starting seeds.