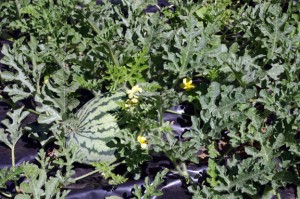 It’s that time again. It’s time to go over what has and has not worked this year in the garden. It’s always a learning experience and this year was no exception.

I like making these posts because I always go back to them to remember what we need to change the following year.

1. “We’ll do it later” actually means “We’ll wait until the last possible chance and by then it’s too late.” We will probably lose our entire apple crop and a good portion of our pear crop to codling moth and apple maggots because we kept putting off covering the fruitlets until well after the moths laid their eggs on the fruit. We also never got around to thinning out the Asian pear which means all of those fruits will be tiny. We also would have gotten a lot more potatoes if we hadn’t kept putting off hilling up.

2. I really need to get better at succession planting. Our green beans are already done for the year, which is a bummer because it didn’t seem like we got very many this year.

3. Don’t plant short stuff on the east or north side of tall plants. No pickles this year because our cucumbers are being shaded out by our 12′ tall corn.

4. Pay better attention to plant placement. Some parts of the yard are better for certain crops. The beds closest to the artichokes should not be used to grow plants that snails and slugs like and are slow starters.

5. If it works don’t change it. If it doesn’t work, change it. Oranglo watermelons do well for us so I need to stop dicking around with other varieties. As much as I LOVE Marina di Chioggia squash, it doesn’t do that well and to be honest, we’re too hesitant to crack open a large squash for a small meal. It’s time to switch to smaller, more manageable squash.

6. Use more manure. We were stingy last fall with putting manure on the beds – only an inch or two in some areas. There is a huge difference between the beds where we put more manure and the beds that got less.

7. Label! Label! Label! Having three varieties of yellow beefsteak-type heirloom tomatoes is getting to be a problem because I’m having a hard time figuring out which one is which. One of the problems is the wooden tags I had go moldy and you can’t read what they were. This coming year I’m going to try using cut miniblinds for tags.

8. Save seed. I ignored the spinach and lettuce this year and didn’t get any seed from them. I did get seed from the carrots and dill though. I also need to make a more concerted effort to keep varieties separate so it’s easier to isolate them.

10. I miss growing pumpkins. We chose not to grow pumpkins this year and I’m regretting it. Pumpkins of the jack-o-lantern persuasion generally aren’t good eating so we decided to forego them. Next year I’m going to bring them back because I really love Halloween and want a good carving pumpkin. We didn’t grow them mainly because they will cross pollinate with zucchini (they are both C. pepo). Next year I have a brilliant plan. I’ll do pumpkins for C. pepo, Triamble/Shamrock for C. maxima (smaller winter squash), and Zucchino Rampicante as a summer squash (C. moschata). I might looking into growing a pie pumpkin as well and just staying on top of isolating flowers.