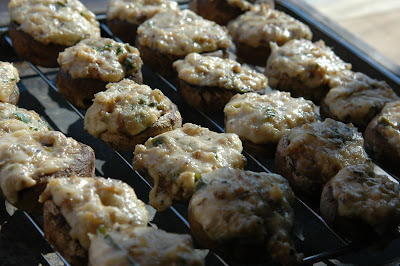 I’ve never been one for New Years resolutions. Somehow nothing I promise myself in the dark cold of December/January ever sticks. Winter, for me, is a time of peaceful reflection. It’s a withdrawal, a hibernation of sorts. It’s a gathering-in and a taking-stock, but it is rarely an effective time to make any real changes. It’s too dark, too cold, too quiet. 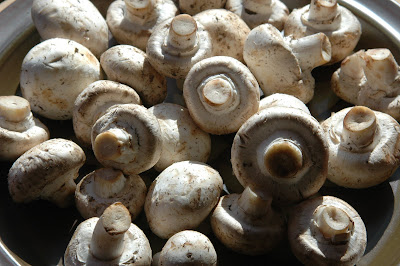 Spring has always been my chosen time to implement any lifestyle changes: the sun comes out, the sap starts flowing, and all of a sudden I start feeling the urge to clean ALL THE THINGS. This spring I find myself particularly inspired to pare down to the essentials. It’s kind of an ideal time – I am currently moving rooms in my house, so everything needs to be sorted and relocated anyway – and I am enjoying the opportunity to make some alterations. 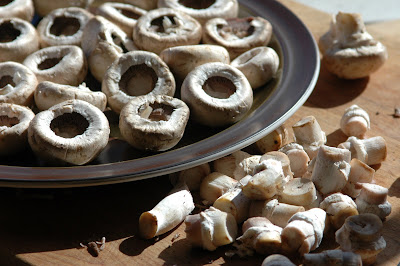 Aside from some new household rules (I am trying to subscribe to the “if it is not useful or beautiful, it is not necessary” school of housecleaning while chanting a constant mantra of “sparse, sparse, sparse”), Rick and I are trying to take some of this same organization into the kitchen. We will no longer buy more food than fits in the fridge. We will use produce before it rots. We will be intentional with our meal planning. We will go to the farmer’s market for most (if not all) of our produce. 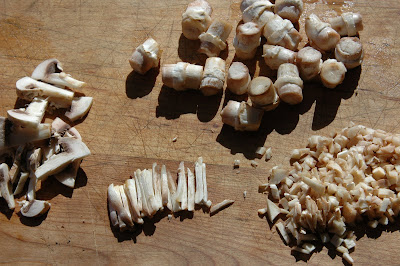 Yesterday, we hit the farmer’s market early with a small list of items we were going to buy. We promised ourselves that we would not splurge on what we have come to call “very expensive chicken food/compost” (read: things that we will wind up stuffing into the fridge and finding later, WAY past their prime, and either feed to the birds or throw out). 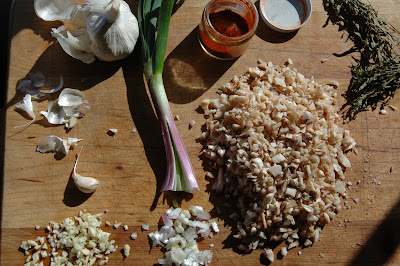 We DID wind up getting some late-season fuyu persimmons because we were so surprised that someone still had them (they were still crisp!), and I grabbed a bag of Far West Fungi’s “open cap” mushrooms, which are the cheap ones that are starting to open beyond “button” status. 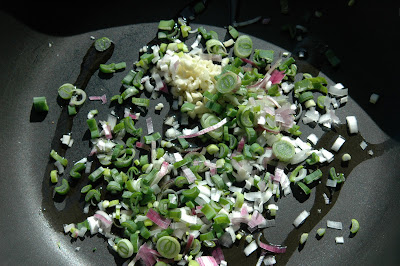 I love fancy wild mushrooms, and am a committed forager, but sometimes cheap and convenient is still going to win out. Especially because I had a plan for these ones: cheese and herb stuffed mushrooms to bring as an appetizer to our band rehearsal that night. Extra bonus? I could use the organic Sierra Nevada cream cheese I bought last week that was in danger of being forgotten about in the fridge.
Extra-extra bonus? They’re gluten-free, so everyone in the band can eat them! 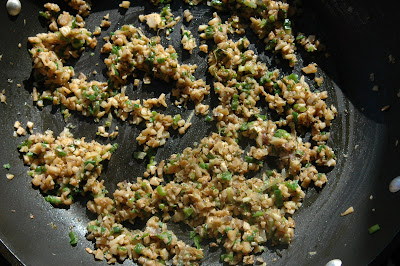 Score.
It is a long, hard road to order, cleanliness, and a house that is not full of junk, but at least the food’s good. That’s gotta count for something, right? It will be an exciting adventure to see what other recipes are born out of my newfound commitment to use EVERYTHING IN THE FRIDGE.
Wish me luck.
Cheese and Herb Stuffed Mushrooms
(serves 4-6 people)
20-30 white button or crimini mushrooms, wiped clean (about 2″-3″ caps)
1 c cream cheese
1/2 c parmesan or asiago, shredded
1 large green onion
1 clove garlic
1/2 tsp chopped tarragon (fresh or dried is fine)
1 pinch paprika
1 pinch cayenne pepper
salt and pepper to taste
olive oil (for drizzling) 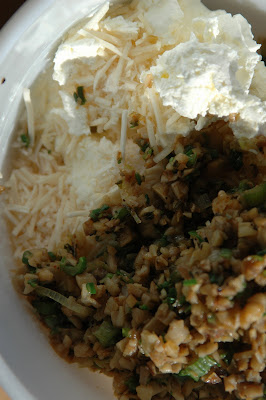 Remove the stems from the mushroom caps and set them aside. Make sure all dirt and debris is cleaned from the caps, and place them gills-up on a parchment-lined baking sheet (make sure that the baking sheet has high sides, as the mushrooms will weep a lot of moisture during the baking process). 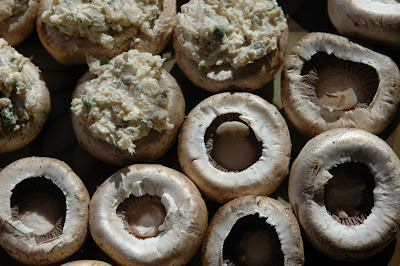 Wash and finely chop the mushroom stems. Sautee the stems with the garlic and onion in a skillet over medium heat. You may need a bit of oil or butter to prevent sticking, depending on the type of pan you use. Once the stems are soft and most of the moisture has evaporated out of the pan, season with salt, pepper, cayenne, paprika, and tarragon. Stir to combine fully. 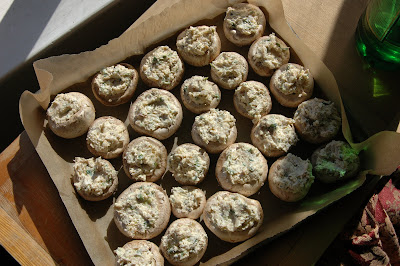 Remove the mixture from the heat (you don’t need to wait for it to cool, though), and put it in a mixing bowl with the cream cheese and parmesan. Stir to fully incorporate. This mixture should be thick and clumpy, but spreadable. 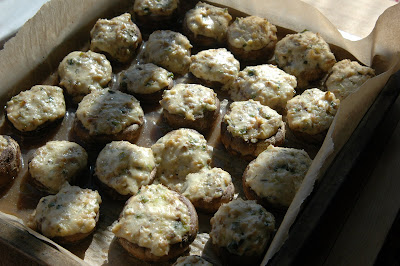 Stuff the cream cheese mixture into the mushroom caps, heaping the cheese about 1 cm higher than the top of the mushroom, and making sure to pack it into the cup where the stems were removed. Drizzle the stuffed caps with a bit of olive oil, and bake at 350 degrees for about 20 minutes, or until the caps are soft and the cheese is just beginning to brown. 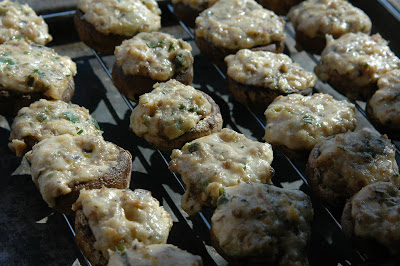 You can eat the mushrooms just like this, or you can then place them on a rack (so air can circulate under them) under a broiler for 10 minutes to dry them out a bit and brown their tops (recommended).
If you have extra filling that doesn’t fit in the caps, you can spread it on rounds of baguette and broil them just as you would the mushrooms (keep a pan underneath – the cheese is messy!) – this made a pretty spectacular lunch…and thankfully, it kept me from eating all the mushrooms before we got to rehearsal.