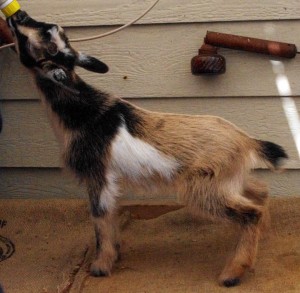 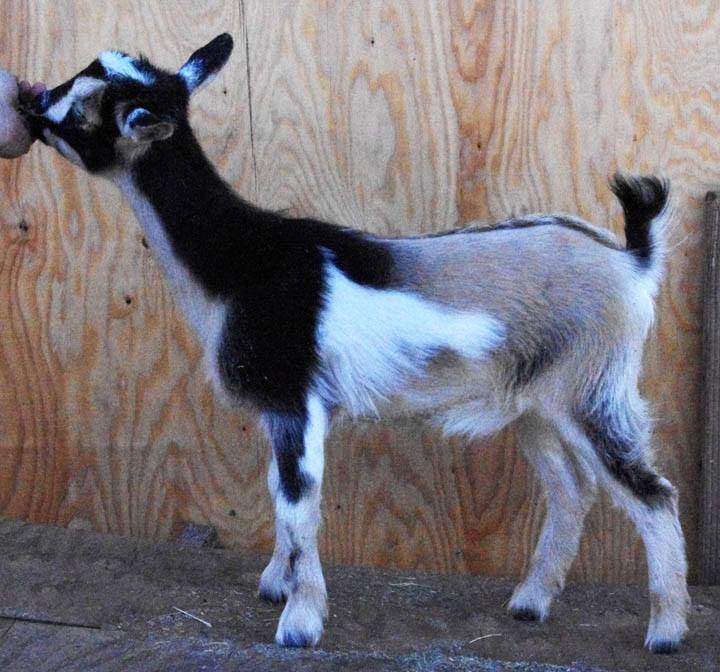 This little blue eyed beauty has been one of my favorites since the beginning. When all of the other kids would run and jump on Tom, “Emmy” would run to me wanting me to pick her up and snuggle with her. I guess she figured she wouldn’t have to fight for attention if she came to me.

For being half pygmy she shows a lot of dairyness. She’s a nice stretchy, feminine doe with good angularity and brisket extension. I’d like to see a flatter rump but she walks with good width between her hocks and has the biggest teats in the herd, a trait she inherited from her dam. Clark has definitely left his imprint on her. She shows increased length and depth over her dam along with much more refined appearance that one would expect with a Nigerian Dwarf and not an African Pygmy.

Daisy, a pygmy, was a moderate producer of very rich, creamy milk. She had very large, easy to milk teats. With Clark’s genetics I’m hoping to see improved udder attachments, larger orifices, and higher production, however I hope her milk is richer than the purebred Nigerians.