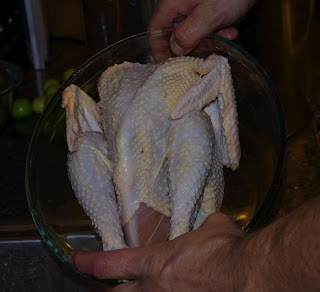 With the vast majority of Americans eating meat, sometimes you have to wonder why this statement is controversial. But it is. For some Americans, a very small minority of Americans, meat to them is akin to murder. They are incredibly loud. Any news article I read there’s always the same ones commenting about how people should give up animal products completely – how unnatural they are or unhealthy or damaging to environment.

I suppose eating hormone injected, antibiotic dependent animal products is unnatural and certainly unhealthy. Americans eat way too much factory farmed meat, dairy and eggs which isn’t healthy, that’s obvious, but eating small to moderate amounts of pastured, organically raised (not necessarily certified organic) animal products can be healthy and it’s completely natural (just look at our physiology and it’s apparent that we are designed to be omnivores). Flexitarians, those that eat mostly a plant based diet with small amounts of pastured, humanely raised animal products, are considered just as healthy as vegetarians.

I would consider myself a Flexitarian now. We eat very little meat compared to before we started our year without groceries. This is because we now raise nearly all of our own meat. When you raise your own, especially on an urban lot, you come to appreciate the animal more and in the end eating a lot less of it. We can only produce so much meat at any given time and being one that never buys something I can’t make/grow/raise myself, it’s greatly reduced the amount of meat we consume.

We raise meat animals, not to save money, but to know where the meat comes from, how it was raised and how it died. I have first hand knowledge of the care and respect that animal received.That said, I will say that slaughtering animals is not easy – nor should it ever be easy. It’s hard and afterwards I want to avoid meat for a few days, and usually I do.

So why don’t I give up meat if it’s so difficult? Maybe the same reason why humans have such a difficult time giving up sex. Two of the most basic biological needs – eating and reproduction drive us all. I’m not about to give up either because I don’t see either as inherently evil.

Every living organism dies. Every living organism dies to feed another living organism. It’s the circle of life. I don’t view my life any differently than that of any other animal other than, except for that whole technology thing. “But we have logic and critical thinking!” they exclaim. How do we know that other animals don’t also have that? Have you ever clicker trained a dog? I’m not going to force my carnivorous animals to be vegetarian because that’s not what they are biologically adapted to eating any more than my goats are to eating a steak.

I eat meat because I’m not going to deny myself the evolutionary role we have in the food chain. I stopped eating processed food because I wanted to get back to what us humans should eat and are designed to eat – and that includes meat.