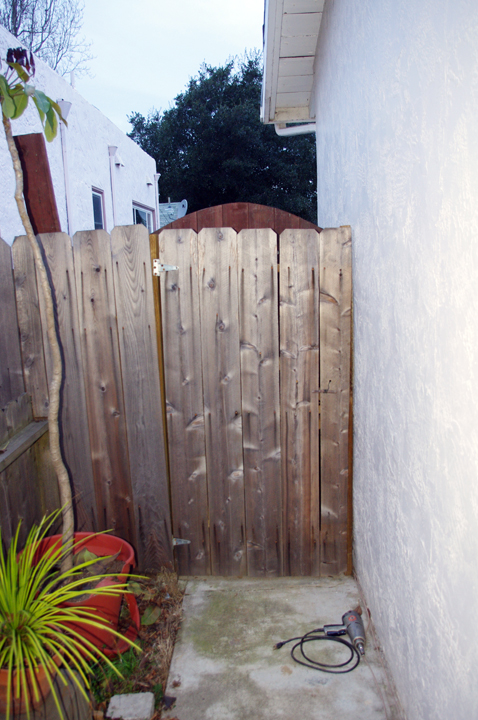 Security. It’s something I never really bring up but I think it’s important that I discuss it. This time I’m not talking about food security, biosecurity or keeping your hens safe from raccoons. Rather I want to discuss keeping an unwanted two legged animal off your property.

Over the past year it’s definitely been a concern and lately that concern has become even stronger with some events that have occurred in our neighborhood as well as some outside of our neighborhood. It’s caused us to push back some of our projects to take on new ones.

We first started thinking about security when we had to stop giving tours. We started making changes in how we presented our public persona including being very vigilant about never sharing any details about where we live.

Our next door neighbors recently sold their house. While the banks are trying to pull their heads out of their asses the house has been sitting vacant waiting for escrow to close. We have been very vigilant but we can only do so much. In the weeks it’s been empty we’ve had squatters move in (fortunately our old neighbor showed up the day they moved in and kicked them out), people sleeping in the backyard, people kicking in doors and trying to break in anyway they can. Most recently we caught our neighbor from down the street robbing the place. The cops got involved and stolen items were returned, but it left us feeling rather unsettled. We know who this neighbor is and they are nothing but bad news.

On top of that, when we went to go talk to our neighbors across the street about the happenings next door to us they said they had recently seen some man come out of our backyard. We figured it was our milk delivery guy but she said he wasn’t carrying anything so we can’t really be sure.

At the same time all this was going on we learned of some urban farmers in Portland that were having a go with animal activists stealing their animals. One urban farmer had 23 animals stolen from him. One of the rabbits had just kindled and the thief left 9 newborn kits to die. The rabbits were dropped off with a rabbit rescue where they were later found by the owner. Granted this happened in Portland, Oregon, but the animal rights activists here are crazy enough to pull the same stunts. Hell, they’ve already tried to sabotage Kitty’s homestead once already (one of the reasons we stopped giving tours).

With all of happening at the same time we’ve decided that it’s time to increase our own security here. While the alarm system covers our house and tower and the dogs are great guard dogs, we want to ensure that no one can actually access the backyard without our (or our dogs’) permission. Our animals not only depend on us for food, water, shelter and love, but they also need us to make sure they are secure. Part of that security includes keeping unwanted people out of our yard.

The first order of business was our side gate. It kept the dogs from getting out but that’s about all it did. It was flimsy and we had just put it up in a matter of hours when we first moved in because we didn’t have a gate. This time we hired our neighbor who is a retired contractor to build us the Fort Knox of gates. None of this wussy fence panel crap we were using. We went with full on 2×6 and 2×8 pressure treated wood with 2×8 framing. Using a metal strut we tied it to a house stud. No one is kicking it in. You’ll also notice that there is no handle or latch on the outside. It also automatically closes so we can’t leave it open on accident.

Next we’ll be looking at replacing old fences and possibly adding  hotwire if anything to just keep Squeek in and the raccoons out.