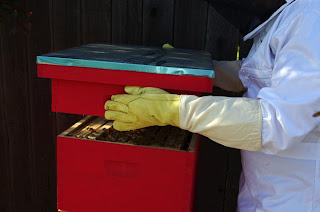 The weekend before last we got our first package of bees. We chose to go with Carniolans our first go because they are said to be more docile. The queen package didn’t have candy in it, just a cork so we chose to just leave her in the cage for several days to make sure the workers would accept her. On Tuesday I removed the cork and released the queen. She scurried out quickly and disappeared. I closed up the hive and let them do their thing.

Yesterday we decided it was time to check on them again. We wanted to check their progress and make sure the queen was accepted and that she was laying eggs. The Carniolans are indeed very docile. They didn’t mind us at all, however, we made sure not to be too disruptive and to move slowly, deliberately and treat them with respect – no smashed bees here.

There was a tiny amount of brace comb, which we easily removed. I was dismayed to find some of our frames had been moved apart from the rest opening us up to a whole mess of problems with burr comb. When I released the queen I had made sure that all the frames were against each other tightly. I have my suspicions as to what happened. 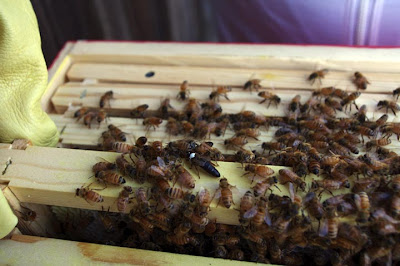 The queen was very easy to find. She’s nearly black and was marked with a white dot. We checked all the frames and were happy to see a bit of capped honey, nectar and pollen stores along with eggs! 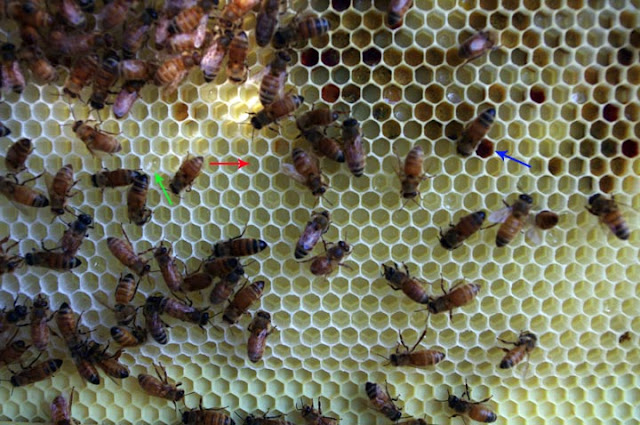 We’ll check next week sometime to see what kind of brood we’ve got.

5 thoughts on “Out Among the Bees”