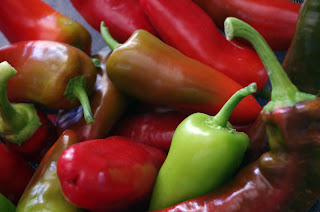 One of the biggest mistakes I did this year was not keep the pepper tags with the peppers. I have over a dozen varieties planted out there and most of them I have no idea what they are.

I’ve looked online and attempted to match them up, but really I’m still not positive on what is what. I’ve got two plants that both look like Fresno peppers, but I remember only buying one. There are only two plants that I know what they are for sure. The Habanero and the Fish Pepper. I really like the Fish Pepper. It’s really hot and it has this cool green and white variegation on the fruit and the leaves.

Lesson learned. Next year I’m going to not only make sure I keep the tags with the plants but I’m going to plant the varieties separated from each other in different areas of the garden. I’ll then be able to tent them so I can save the seed easier and make sure that I have enough biodiversity.