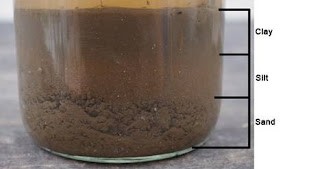 We moved into our place in late December, 2008. In January we raced to get in vegetable beds. I used one of those home soil test kits to determine what we needed to do to the soil. According to the tests our soils were slightly acidic but completely deficient in all macro-nutrients. Ok, I’ll buy it, since it has been nothing but weeds for who knows how long (the house was empty almost 2 years prior to us moving in). So we amended the soil as recommended.

Now, we’re totally organic and by following the recommendations we should have been good. And our garden did start out fairly strong. But after not too long, plants started to fail. Our squash completely failed. So I did another soils test. Again it said the same things. So we amended again. This time we didn’t get any response from the plants. Maybe it’s the lack of heat this year? Then I noticed a light coating of white deposits on the soil along our drip irrigation lines. I knew this was bad. I then decided to send in soil samples to a professional lab.

It was bad. Salt. Saline Soil. We have salt water intrusion in our well. We’re the only well pulling off that aquifer. We thought we were good. But we are near the SF Bay. We are in a major drought. And the well could be too deep (salt water is heavier than fresh water and sometimes wells that are too deep end up bringing up the salt water instead of the fresh water).

But here’s the kicker, according to the lab we have an excessive amount of phosporus and potassium and plenty of nitrogen. The potassium is so excessive it is affecting the absorption of other nutrients. The lab also showed that our soil is alkaline. Hmmmm, but the soils kit said we were completely deficient in the macro nutrients and had acidic soil – twice! So I tried the home test kit one more time to see if maybe this had all changed since the last time I tested then amended. Nope, it read the exact same as it had all the previous times I had tested the soil.

Then I remembered that my mom has been having gardening problems even though she uses one of these tests every year and then amends appropriately. I now feel like I can’t trust these tests, which is a bummer because they are inexpensive. But at least with the lab tests they tell you the levels of macro and micro nutrients and give you specific recommendations.