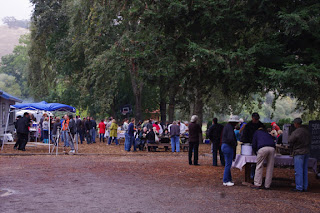 This past weekend Dave the Butcher graciously invited us to the Artisanal Butchery and Dinner event at Soul Food Farm, a pastured chicken egg and meat farm in Vacaville, California. It was a dreary day, raining off and on, but the event was really nice, tucked among the oaks overlooking an olive orchard. There were hens milling around with everyone, just scratching and pecking. Most seem unperturbed by all the strange people. The majority of the property was open for people to check out, including one of the hen houses. 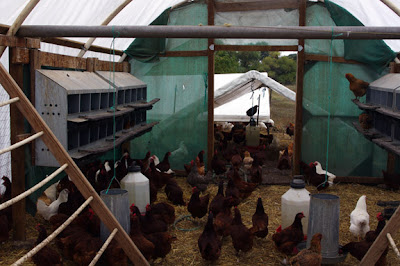 The hen houses were hoop houses with floor to ceiling roosts and tons of nest boxes. There were also random nest boxes around the property for chickens that were away from home. 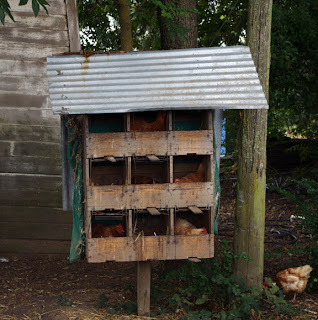 The event was to help support the Butchers Guild, City Slicker Farms, Farmer Veterans Coalition, Shooting Star Farm and Slow Food Solano’s School Garden Program. Chefs from well known restaurants including Oliveto, The Fairmont SF, Sociale and Chez Panisse were there featuring some mighty fine beef dishes supplied by Agricola Grass Fed Beef. They were also serving chicken from Soul Food Farm and Wow! It was the best chicken I’ve ever had. There was also ales offered by Pacific Brewing Laboratories. Tom tried their Oaked Milk Stout and Bitter English. I tried their Hibiscus Saison. They were awesome!

Dave the Butcher did a butchering demonstration on a side of beef also supplied by Agricola. Unfortunately due to prior engagements we had to leave before he started his demonstration. But having seen him butcher before at the Eat Real Festival, I’m sure it was great!

One thought on “The Beef Event at the Chicken Ranch”