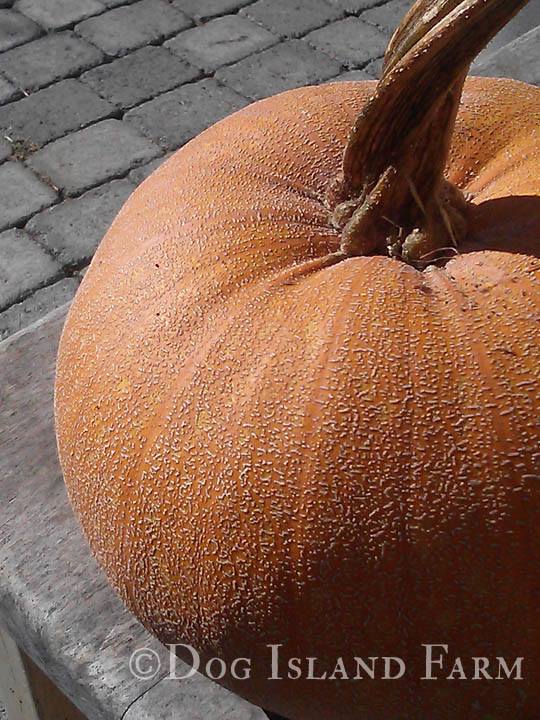 Those that know me know just how much I LOVE Halloween.Tom and I even got married on Halloween in the ultimate DIY labor of love. Half of the tower is packed with Halloween decor, most of it being the classy Martha-Stewart-esque type of decor. No plastic crap for us.

So it was kind of a surprise when last year I decided to forgo growing pumpkins. I didn’t want to deal with the whole saving seeds thing between pumpkins and zucchini (both the same species – C. pepo). I also decided to not “waste” space on non-edibles. Pumpkins – the jack-o-lantern types – are edible, but they are bland, watery and stringy. We just don’t eat them. Of course when I made that decision Halloween and the crisp fall, my favorite time of year, was well behind us. I think my judgment was clouded because now I’m sitting here mad that I didn’t grow any pumpkins.

Granted I did grow some Musquee d’ Provence squash that are otherwise known as “Fairytale Pumpkins” and they are gorgeous but they just aren’t the same. They aren’t easily carved and I would prefer not to waste them because they are good eating. But they are big squash and I find that around here, big squash go uneaten because we never want to cook a whole one all at once. We generally don’t want to eat squash two days in a row either. The other squash we’re growing this year (rather unsuccessfully) is Marina di Chioggia, also known as a Sea Pumpkin (notice a theme here?). It’s a type of turban, big, green and warty. It has the most amazing flavor I’ve ever had in a squash. But when we are able to grow them they don’t make very good substitutes for pumpkins. 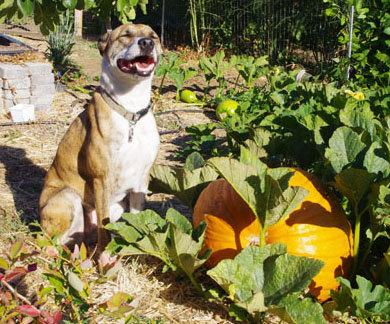 I’ve spent years growing pumpkins. Most years were pretty disappointing. But I continued to try to grow them. I remember my very first pumpkin that I was able to produce and I was so excited about it. The one pumpkin plant in the picture gave us 4 of these monsters – each weighing over 50lbs with the largest topping out at 75lbs. These weren’t a giant pumpkin variety. They were Howden’s – the typical jack-o-lantern – grown with a good helping of chicken manure. if you couldn’t tell, I’m very proud of these. So is Squeek.

This is what I want to start growing again. Big orange pumpkins. So this coming year I’m going back to growing pumpkins and also some other squash such as Trombocino, Acorn, Spaghetti, Marina di Chioggia, and probably some other random ones (I’m rather enamored with Iran squash which Baker Creek now carries seeds for).

5 thoughts on “The Great Pumpkin Debate”