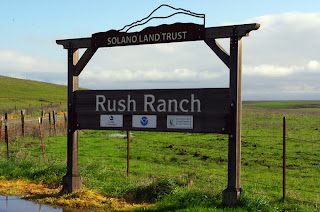 Sunday we spent the afternoon at Rush Ranch just south of Suisun City on Grizzly Island. The ranch, which is run by the Solano Land Trust, was hosting a potluck lunch for Slow Food Solano that benefited local Solano County school garden program. The potluck was themed around the book Twain’s Feast: Searching for America’s Lost Foods in the Footsteps of Samuel Clemens

by Andrew Beahrs. As the story goes after traveling around Europe, Mark Twain created a menu of 80 American foods that he missed because he detested European food so much. For those of us attending we had to bring one of those dishes from his list. 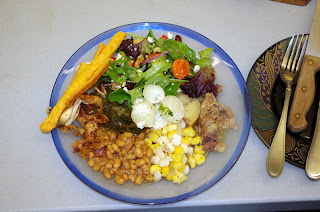 We brought Squash pie from our Marina di Chioggia squashes. I was actually surprised at how good it came out.

After the meal Andrew Beahrs, the author, discussed his book. He made a point of discussing some of the wild foods that Twain ate during his day and how many are no longer available due to the animals that make up the dish are now extinct or endangered.

It was a wonderful afternoon, but I think the one thing that surprised us the most was how many people there had heard of us. I was amazed and honored. So thank you readers!

One thought on “Twain’s Feast”