As promised, here is a repost of my irrigation series.

Some of you may not even need this post because you are blessed with summer rains. This is for those of us that live in dry summer areas.

I live in the classic Mediterranean Climate. Cool, wet winters and warm, dry summers. It’s very very unusual for us to get any rain between June and October, which is most of our growing season for warm weather crops. No rains means we have to use additional water on our garden.

At our last house we built several raised beds. The first year we hand watered them. It was a pain. I hated it. After coming home from work the last thing I wanted to do was stand outside in the 100 deg heat watering each plant individually – sometimes taking over an hour to do. I never had time in the morning to do it, which is the best time to water. With hand watering I found myself taking shortcuts – not watering long enough – and the plants would suffer. 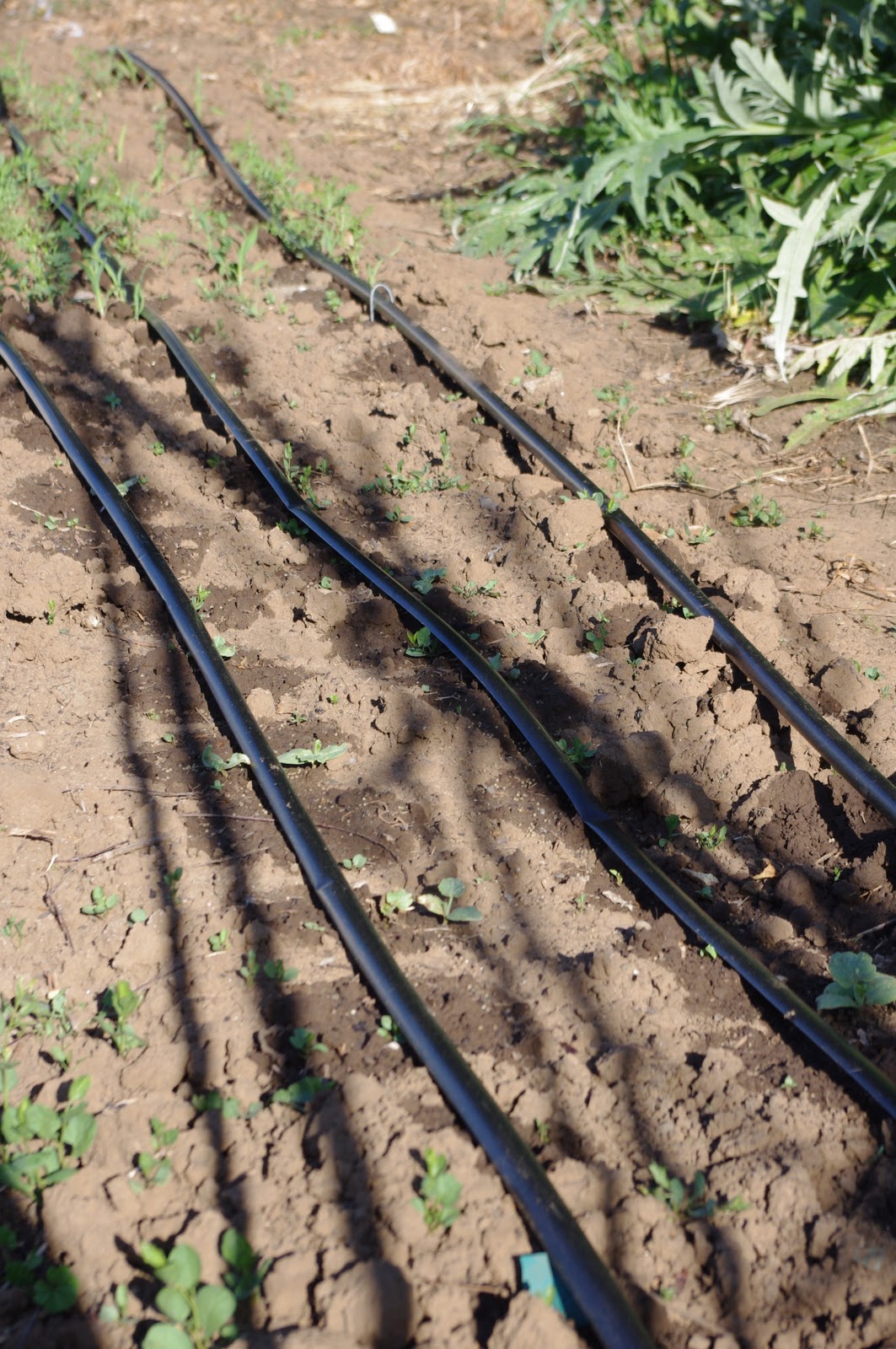 This is T Tape, which we used for 3 years

The following year we decided to hook up a drip irrigation system. It was the best thing we ever did. It wasn’t automatic, we just used a pneumatic timer and hand turned ball valves at each bed. All we had to do was open up the valves on the beds we wanted to water, set the timer and walk away. Very easy to do in the morning. The plants did better and we had less issues with disease, which can be common with overhead watering.

Last year we were in a huge rush with everything we had going on that we just quickly put in the same kind of system just so we could have something. This year, however, our project has been to put in a fully automatic system. I will go over the major parts you will need to install your own system over the next couple of weeks.

So why do irrigation besides convenience? Simply put, you will use a lot less water and cut down on disease. Plus you can get a fertilizer injection system, which can make fertilizing just as easy.

Drip irrigation allows small amounts of water into soil over a period of time. Because of it’s slow release of water it drastically reduces runoff because the soil – even clay soil – can take in the water at the rate it is applied. Also, you can put water directly at the plants root zones if you use emitters instead of soaker hose. This reduces weed competition because the areas outside of the root zone remain dry. Because you aren’t adding water all over the soil and it is all being absorbed you reduce the amount of evaporation of water into the atmosphere. You apply less water, but the plants get more water.