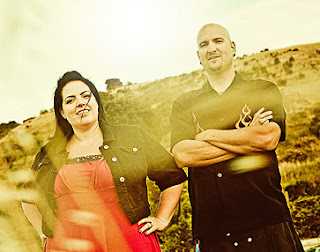 According to Peggy Aloi, writer for the Huffington Post, feminism has been lost on me. I’m officially girly and no longer a bad ass. That’s kind of a bummer because I’ve always thought of myself as pretty bad ass. I’ve thought of my other gardening friends as total bad asses too. Oh, and apparently my husband is no longer a bad ass and is now girly.

Last week she wrote an article about how woman have lost the fight for feminism and have returned ourselves back to the world or patriarchal oppression. Women who bake, knit, sew, and garden are girly. GIRLY.

I’m not quite sure which of her lines I like the most. Maybe it’s:
There are tough times ahead, and we need to be tough bitches to face them. Growing vegetables is useful; but so is learning how to shoot a gun, hot-wire a car, and manipulate our way into a bomb shelter.

Or it’s:
Women are girly. Again.
Don’t believe me? The proof is in the blogosphere: Women who blog about cupcakes! Women who blog (okay, rant) about gardening, Hello Kitty, and knitting!

Or maybe:
Maybe it’s the “new” (crappy) economy, or our fear of the imminent zombie-vampire-Tea Partier apocalypse, or the realization that teaching our kids self-reliance instead of whiny entitlement really is the best approach to parenting, but there’s so much emphasis on, well, ultra-femme domestic activity these days. This weird retro world of cooking, heirloom tomatoes and Jane Austen is starting to feel a bit smug and smothering. Where’s the fun?

This last one confuses me. Is she angry that we’re going back to doing domestic activities that she deems anti-feminist or is she pissed that a lot of those activities she feels are boring? Maybe she has a case of the inadequacies?

22 thoughts on “Gardening is Girly”