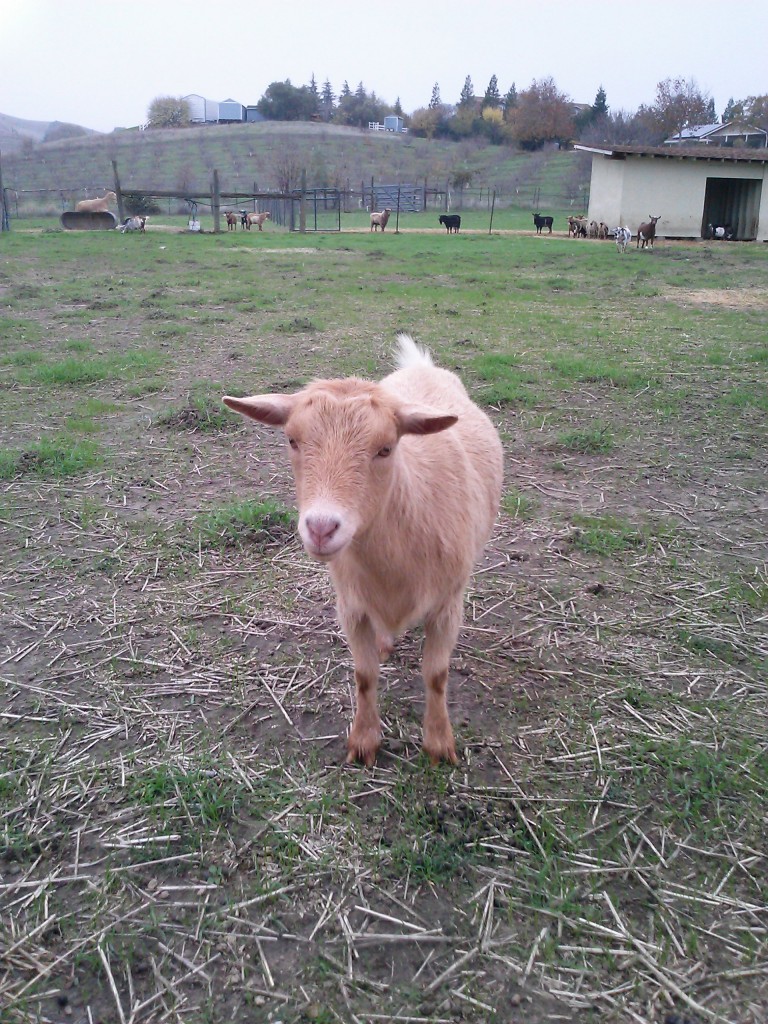 I am so very excited to introduce Castle Rock Lady Rainicorn! Not only does she have the MOST AWESOME NAME EVER but she is, hands down, the sweetest goat I’ve ever met.

Rainy is out of SGCH Algedi Farm H Purple Rain 4*M 4*D VEEV 90 by  CRF Castle Rock Harvest Moon +B *S. I have been wanting to incorporate Rain’s genetics into my herd for a couple of years but when she was retired in 2013 I thought I had lost the opportunity. Of course at the worst possible time for us to take on another doe, Sarah at Castle Rock Farm asked me if I would be interested in Rainy. I knew I shouldn’t. I already had more does than I wanted. But then I met her and fell in love with her. I knew immediately that I had to make room for her. 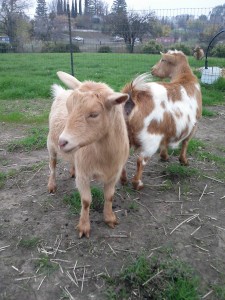 Before coming to us she will be bred to Castle Rock Triumph *B *S. I met his littermate sister, Castle Rock La Jamais Contente, at a show and she was adorably sweet and had an amazing, well attached udder for being just a first freshener. If Rainy wasn’t available I would have purchased a doe out of Jamais in a heartbeat. Both Triumph and Jamais are out of GCH CRF Castle Rock Tesla 1*M 5*D VVEE90 by SG Fairlea Barnaby Rudge *S. Barnaby was one of the first bucks to earn a Superior Genetics designation from ADGA and comes from a line of capacious, well attached udders. Tesla has a nice high, capacious udder with good attachments that has wonderful texture and open orifices. Her line tends to be one of the friendliest making for good milk stand manners. Tesla’s dam, ARMCH Lost Valley TB Infinity 4*D, just earned her Superior Genetics from ADGA.

We can’t wait until she gets here! And a HUGE thanks to Sarah for letting us have her.